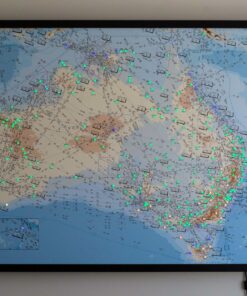 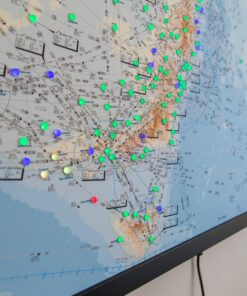 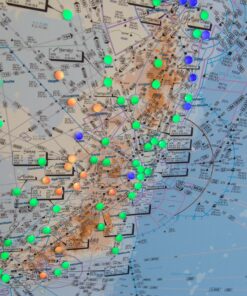 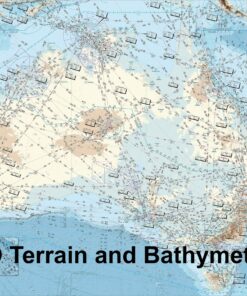 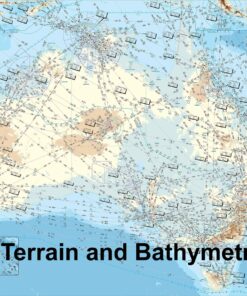 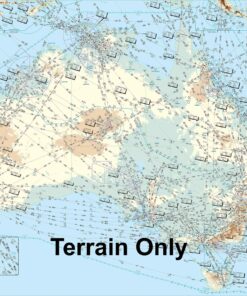 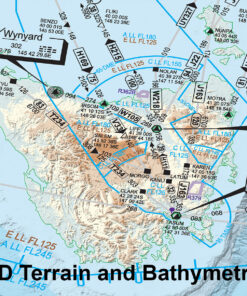 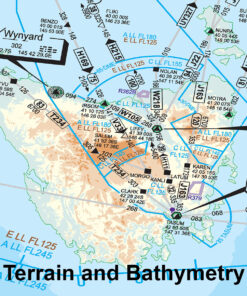 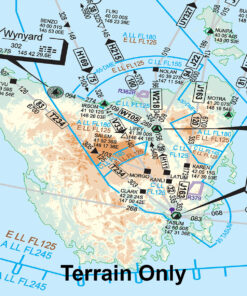 This is a full METAR map of Australia with LED’s representing METAR’s all over the country/region.

There are 3 map styles to choose from.

Terrain Only: Terrain data is shown in the same colour scheme as the Australian VNC hypsometric tint.

Terrain and Bathymetry: This style is the same as the Terrain Only style but adds Bathymetric data for underwater ocean depths.

All styles have the Australian Enroute Hi charts overlaid on top of the terrain.

These maps use data from the Shuttle Radar Topography Mission (SRTM) and General Bathymetric Chart of the Oceans (GEBCO).

Each map also includes an inset of Cocos Keeling Island and Christmas Island.

An LED light legend is also included by default but can be removed if requested.

As each METAR map of Australia is custom made to order, there are many options available including colour scheme changes. Just ask and I will endeavour to make whatever you want happen.

For a smaller East coast version of this map go here

There are no reviews yet.

Only logged in customers who have purchased this product may leave a review. 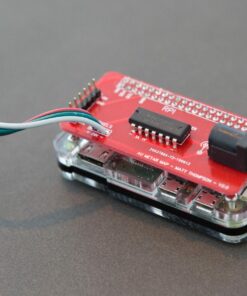 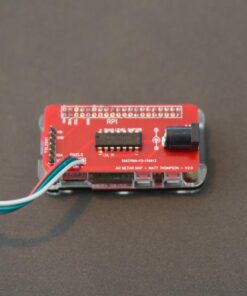 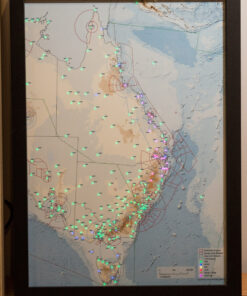 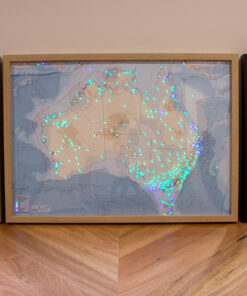 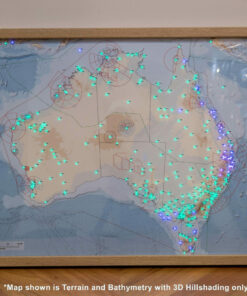 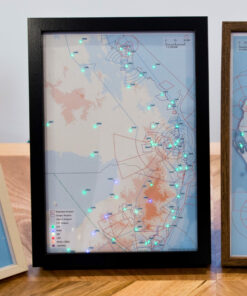 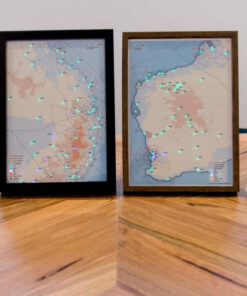 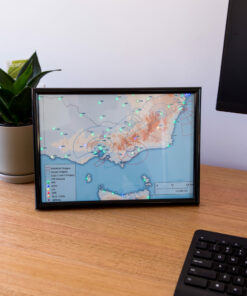 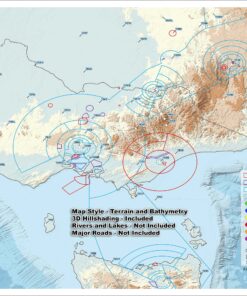 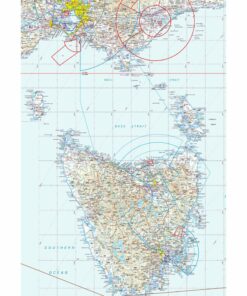 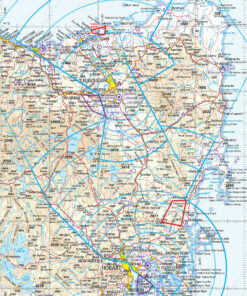 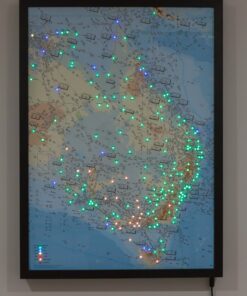